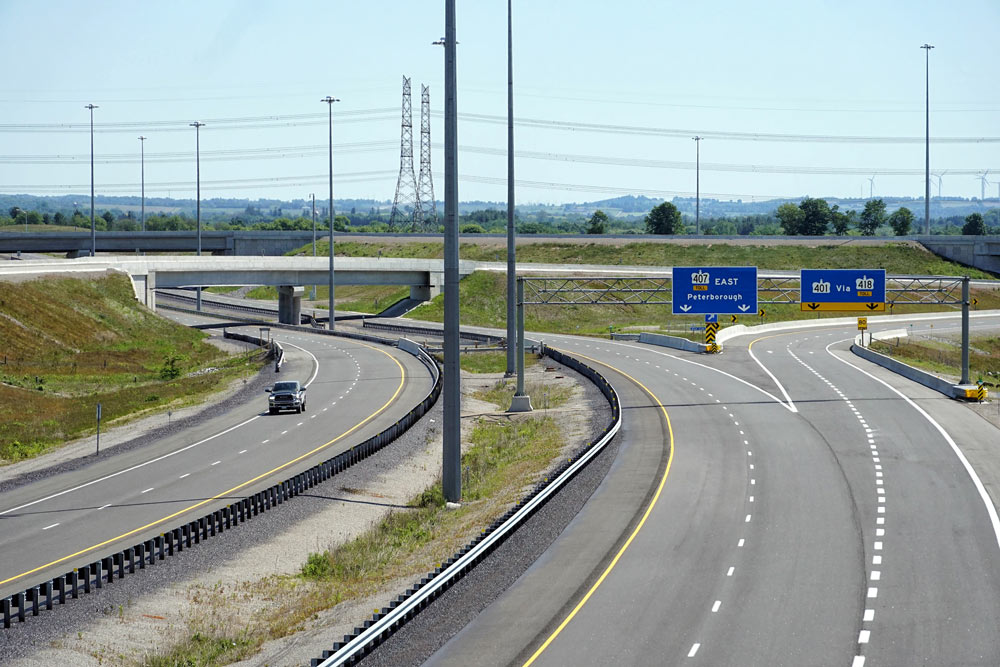 Appointed by Metrolinx to generate an analysis of the viability of this project.

There were several sections to this report; Oakville to Credit via Mississauga and then Renforth and on to York.  Two options were considered ; York to Scarborough via the 407 and York to Scarborough via Finch and finally via Scarborough to Pickering. The intention was to create a bus transit route to link north Toronto to the south and connect with Pearson airport along the 407 using a dedicated roadway. The funds we estimated could be raised were considerable but would have been higher if a light or heavy or rail solution had been introduced. This initial study was a pioneering exercise for Canada with our then partner McCormick Rankin (later MMM) in raising finance towards the cost of transit projects.